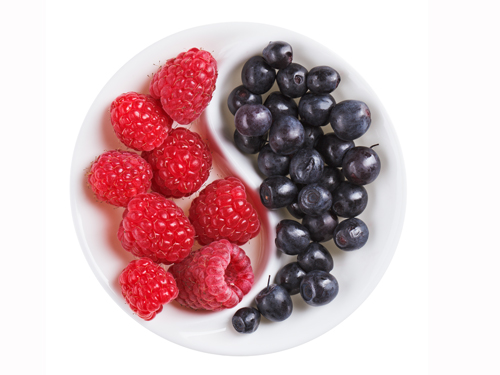 Traditional Chinese medicine (TCM) teaches that humans should eat all kinds of foods, similar to the modern idea of a balanced diet. The plants-only diets now associated with vegetarianism are not mentioned in the ancient Chinese literature on proper eating.

In fact, some passages seem to specifically endorse diets that include at least some meat. For instance, the Huang Di Nei Jing Su Wen – the first volume of the Yellow Emperor’s Classic of Internal Medicine – says: “When one takes the tastes of cereal, fruit, meat, and vegetable in combination, it can invigorate the essence and nourish the vital energy.”

The book, which dates back to the late Warring States Period (475BC-221BC), also says that “medicines are used to fight the evils, cereals are used to nourish the body, and fruits, meats and vegetables to aid the efforts – all the tastes working together to reinforce the vital qi and essence”.

Shen Nong’s Herbal Classic, written in the Eastern Han dynasty (AD25-AD220), also mentions meats, such as chicken and wild goose fat, among foods that can improve health and delay ageing.

That said, a plants-only diet can still be consistent with TCM, says registered Chinese medicine practitioner Vincent Lee Yu-ming, a Hongkonger who’s doing a PhD in Chinese medical science at the Beijing University of Chinese Medicine.

“Meat can be beneficial, but if you eat too much of it you usually get diseases such as stroke, diabetes, asthma, obesity – these were indicated some 2,000 years ago,” Lee says. “In fact, in ancient times, most people in China had mainly vegetarian diets as it was difficult to find meat to eat.”

Also, TCM considers dairy products, especially cow’s milk, unsuitable for humans in most circumstances. Lee says it’s harmful to drink milk and eat eggs every day, because they are cold and wet in nature and, in TCM theory, serve to nourish yin.

While milk and eggs can help treat some diseases caused by a yin deficiency – such as fever caused by heat syndrome – Lee says daily consumption can damage the digestive system, leading to cold-damp syndrome and a reduction of qi, the body’s vital energy.

“In TCM, every type of food has a different nature, some are hot and some cold,” Lee says.

The nature of a food is defined by observing its effects on the human body. Typical cold foods include watermelons, turnips, pears, laver and clams; hot foods include ginger, Chinese spring onions, Chinese chives, garlic, chillis and mutton.

“Cereals are the best foods for supporting life because most are yin-yang balanced in nature, which means they’re suitable for most people to eat every day,” Lee says.

In general, in TCM there are three concepts to follow when picking food, he explains. First, choose foods that are in season. “Eat watermelon in summer, oranges in winter, pears in autumn. Foods in season are usually good for health,” he says.

Second, eat local. “It’s similar to eating in season. The food is planted in the same environment in which we live, so we think it will have the same function to help improve our health. In TCM, we think different types of soil can nourish different people.”

Third, eat food specific for your body constitution. “In TCM, we think people have different body situations – some may be in a situation of disease, others are of different ages and have different nutritional needs.

The best method to know your body constitution, says Lee, is to get diagnosed by a TCM practitioner. “Or you can listen to your body; our bodies know how to choose food.”

Lee turned vegetarian himself eight years ago. He became vegan three months ago after seeing videos of the production of milk and eggs.

“If you’ve been eating meat for a long time, the body becomes contaminated and polluted, so sometimes the body may not understand what’s most suitable for it,” he says. “Sometimes, after trying a vegetarian diet, the body will become clear. It will be easy for the body to know what’s best.”

He says he feels physically stronger and has better endurance since switching to a plants-only diet. He also relaxes more easily, has better bowel movement, and falls ill less frequently.

“It’s more than the physical – mentally, I feel more flexible and creative,” he says. “My mind is more calm and peaceful. My personality has also changed – I’m more gentle and polite. I have more compassion towards people and animals. I can live in a simple way with less desire.”